Only one host nation has failed to advance past the group stage of the World Cup, and Qatar will be trying to avoid becoming the second.

Resource-rich Qatar has been criticised for spending its way into football legitimacy — pumping billions into stadium and infrastructure projects despite human rights complaints and supporting an academy that attracts young players from around the world.

Introducing Al Rihla, the #OfficialMatchBall of the 2022 #WorldCup

Qatar will be the only team in tournament history to play in the World Cup without ever having competitively qualified for it since the host gets automatic spots. Italy was the only exception for automatic qualification as host of the second World Cup in 1934 when it had to beat Greece to advance.

All eyes will be on Qatar — the first Arab country to host a World Cup — when “The Maroons” face Ecuador in the tournament opener on November 20. The Qataris will also play Senegal and the Netherlands in Group A.

“Tough matches await us in the tournament,” Qatar coach Felix Sanchez said. “We will face very strong teams — teams that are used to being in the World Cup. If we display our best, we will be able to compete.”

South Africa in 2010 is the only host nation to fail to get past the first round. Six hosts have won the tournament, most recently France in 1998.

Qatar has been gearing up for the tournament by playing — a lot.

The 2019 Asian Cup champions accepted invitations to play in the 2019 Copa America and 2021 CONCACAF Gold Cup, with respectable showings in each competition. They lost to Argentina 2-0 at the Copa America and reached the Gold Cup semifinals, losing to the United States 1-0. Qatar then joined Group A in World Cup qualifying and it played 10 friendlies in Europe at the invitation of UEFA to get some more match experience. The results were mixed. They beat Luxembourg and Azerbaijan — and drew with them — but were overmatched in losses to Serbia and Portugal.

Sanchez, a Spaniard who has coached the team since 2017, acknowledged the 3-1 and 3-0 losses to Portugal just over a year ago were wake-up calls.

“We know that when we play at this level it is hard for us,” he said.

In September, Qatar drew 2-2 with Chile after losing to Canada 2-0 in friendlies played in Austria. The Qataris then beat Guatemala 2-0 in another friendly in October.

Qatar prefers a 5-3-2 formation that relies heavily on counterattacks to generate scoring opportunities. They are “organised and disciplined,” Canada coach John Herdman said after his team’s win in a recent friendly match. 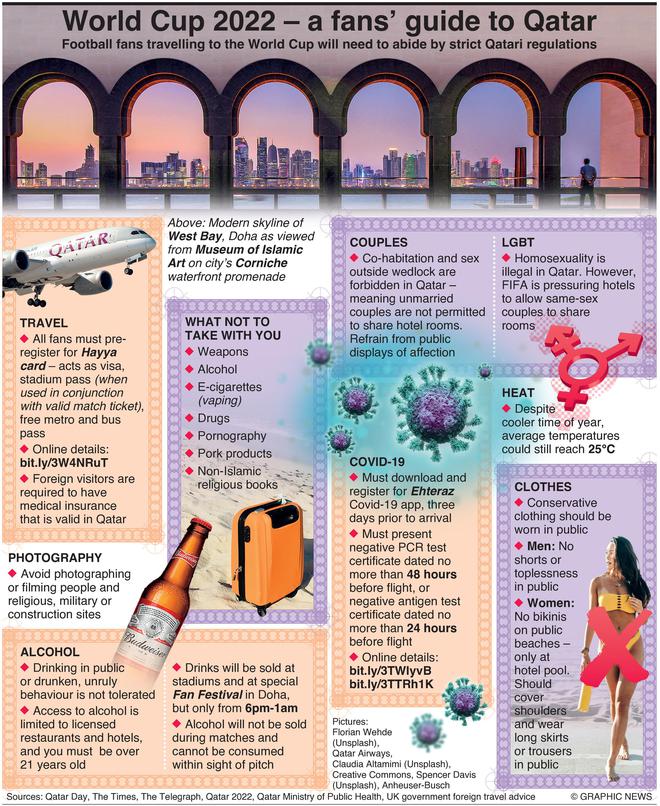 The team doesn’t boast high-profile stars but the Qataris are a tight-knit bunch. The full squad that Sanchez has deployed recently all play in Qatar’s domestic league, and many of them came out of the Aspire Academy in Doha.

Defenders will need to track Almoez Ali, who was the top scorer at both the Gold Cup and the 2019 Asian Cup. In the 3-1 win over Japan in the final, he scored the opener with an overhead kick.

Hassan Al Haydos is Qatar’s most experienced player — he has made more than 160 appearances for the national team — and the forward has playmaking and scoring skills. He collected a poor clearance from a defender and scored from outside the box in the draw against Chile.

Akram Afif is a lively winger who played briefly in Belgium and Spain before returning to Qatar.

The United Arab Emirates tried to get Qatar disqualified from the Asian Cup by claiming Ali and defender Bassam Al Rawi were ineligible. Ali was born in Sudan and moved to Qatar to attend Aspire, and Al-Rawi in Iraq. The Court of Arbitration for Sport ruled in Qatar’s favor.

When and where is Qatar playing in the world cup?

Where can I watch Qatar’s matches in the FIFA World Cup 2022?

Where can I live stream Qatar’s matches in the FIFA World Cup 2022?