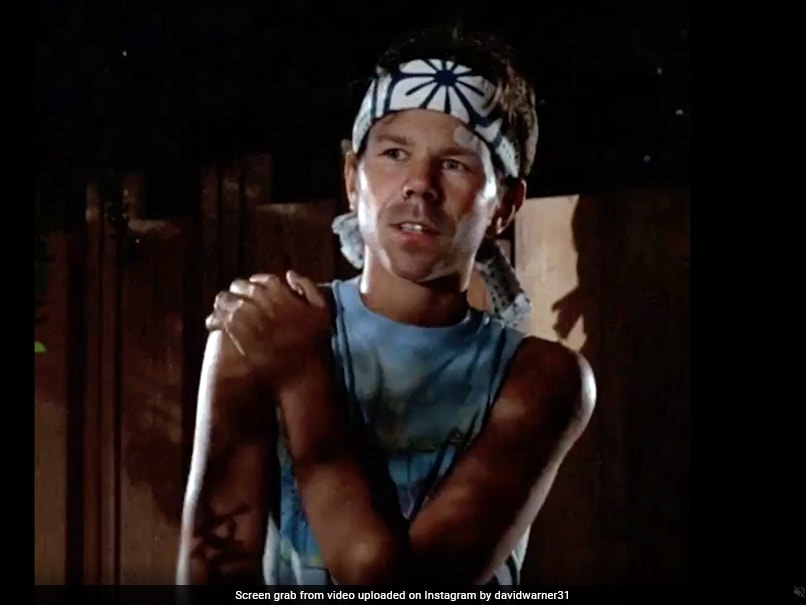 David Warner is one creative genius when it comes to entertaining his fans on social media. Apart from trying out different dance moves, he has also superimposed his face on several popular movie characters in the past and the posts have gone viral on social media. In his latest post, Warner has put his face on the cult character Daniel LaRusso from the Hollywood franchise The Karate Kid.

Watch: Davis Warner As Daniel LaRusso From The Karate Kid

Warner has in the past put out videos with his face superimposed on Tom Cruise’s famous character Maverick from the latest hit Top Gun: Maverick

He has also donned avatars from famous Telugu movies such as Pushpa and Baahubali. Warner had a long association with the franchise Sunrisers Hyderabad in the IPL in the past.

He was the cornerstone of Australia’s victory in last year’s ICC T20 World Cup and will be looking to play a key role in the team’s defence of the title at home later this year.