“Just focus on your game and your practice. Whatever happens in the future, would happen according to God’s wishes.”

These words — by coach Anand Prasad Gope — echoed in the ears of Anita Kumari and Nitu Linda when the Indian women’s U-17 camp went into a shock following FIFA’s ban on the All India Football Federation.

Anita and Linda — midfielders in the women’s U-17 National football team — have transformed into two of the most reliable attacking options up the field for India. Both were included in the starting XI when India won its maiden U-18 SAFF Championship in March this year, beating Bangladesh on a higher goal difference in Jamshedpur.

“The Bureau of the FIFA Council has unanimously decided to suspend the All India Football Federation (AIFF) with immediate effect due to undue influence from third parties, which constitutes a serious violation of the FIFA Statutes,” read the official statement.

Anand Prasad — their mentor and a football coach from Jharkhand — told Sportstar that the news did worry the players, so he kept reassuring them that things would get better. “When I got to know that FIFA has banned AIFF, I was really hurt because I have given 10 years to this career, coaching the girls,” he said.

“These girls come from very humble backgrounds, they do not have proper amenities, hygienic food or residence. If they cannot play in the World Cup, I would feel very guilty.”

Anushka Samuel, an India International and an IWL (Indian Women’s League) winner, said the ban was a ‘huge blow’ to women’s football in the country. “It is very tough… Suddenly, the ban comes up and you get to know that you will not be playing in that tournament” she said. 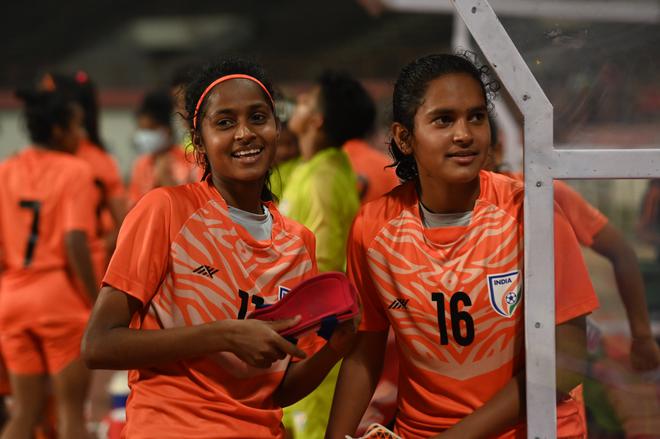 However, the light at the end of the tunnel arrived within two weeks.

After the Supreme Court terminated the Committee of Administrators and transferred the responsibility of daily affairs to the AIFF, FIFA, consequently, lifted the ban and the World Cup is back on track. Acting general secretary, Sunando Dhar, expressed relief in putting behind what he called the ‘darkest hour’ in Indian football and resuming the federation’s focus on overseeing the elections and a successful U-17 World Cup.

“Like the 2017 boys’ World Cup, we need to put up a great show and we are confident of it,” Dhar told Sportstar.

“The back-end work was going on, we never stopped working. We were all confident that the suspension would be lifted very soon.”

“We kept our work going, adhering to the timeline prior to the suspension being invoked. Of course, promotions and ticket sales were paused, but we are all set to work with double the effort to make this tournament a huge success,” said Ankush Arora and Nandini Arora, Project Directors of the FIFA Local Organising Committee.

The DY Patil Stadium is ready and the renovations taking place in the Bhubaneswar and Goa stadiums are expected to be completed by mid-September.

“The suspension did put some things in incognito mode, however, from the support that we received from the Honurable Minister of Youth Affairs and Sports, Anurag Thakur and his ministry and from the dialogue that we had with FIFA as well as AIFF, we were confident that a plausible solution to the issue will eventually be reached,” they added.

A source from Odisha’s sports ministry — on condition of anonymity — told Sportstar that the State Government has already spent ₹70 crore on infrastructure for the U-17 women’s World Cup. Not losing hope: Anand Prasad Gope who provides free training for young girls in football said that the news of the ban did worry the players, so he kept reassuring them that things would get better.
| Photo Credit: AIFF MEDIA

Odisha has already upgraded the Kalinga Stadium to meet FIFA standards and five pitches — one inside the Kalinga Stadium, three in other spots in the city and, an additional artificial turf — have been made available for the teams’ preparations.

India — under head coach Thomas Dennerby — has been in preparation for over six months for the World Cup.

“Time is key for us… The girls are fighting and trying to do their best,” Dennerby had quipped in June. 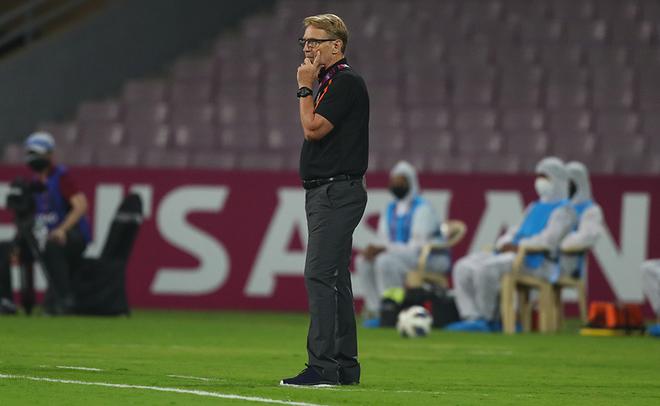 Watchful eyes: India — under head coach Thomas Dennerby — has been in preparation for over six months for the World Cup. “Time is key for us… The girls are fighting and trying to do their best,” said Dennerby.
| Photo Credit: Getty Images

Since then, the young Tigresses have played in the sixth Torneo Female Football Tournament — against Chile, Mexico and Italy — and the Open Nordic Tournament — where the team lost to the Faroe Islands on penalties — in July.

Dhar told Sportstar that the federation had the job of assuring Dennerby that their journey wouldn’t be cut short cruelly.

“We tried to tell everyone that it was a short-term thing (suspension). The team has been practising in Bhubaneswar,” he said. “Some of the teams were supposed to come and inspect the venues, hotels and practice grounds, which wasn’t possible due to the suspension. It would now be planned again sometime soon.”

Dhar, temporarily moved to the role of the general secretary in June, hopes the World Cup will be a learning curve for the Indian footballers in front of home supporters. “We want the girls to enjoy themselves. It’s an opportunity to play at the highest level. It’s a tough group but I am sure they will play, they will learn and they will become stronger. With the support of the home crowd, we wish that they can get some good results,” he said.

Earning automatic qualification as the host, India will play all its group stage matches in Bhubaneswar — against the United States of America, Brazil and Morocco. It will start its campaign against the U.S. on October 11 and face Brazil six days later.

“The World Cup, set to happen, was already being delayed (with pandemic), and the ban made the tournament suffer more. But I am really happy that it is finally happening and the young girls are getting the chance to give their best at the top stage of women’s football. I hope football continues to grow in the country and would wish them all the best for the World Cup,” he added.

The aficionados of the game, now, will be looking forward to another sporting festival — for the young Tigresses, Indian Football and above all, for the love of the game.