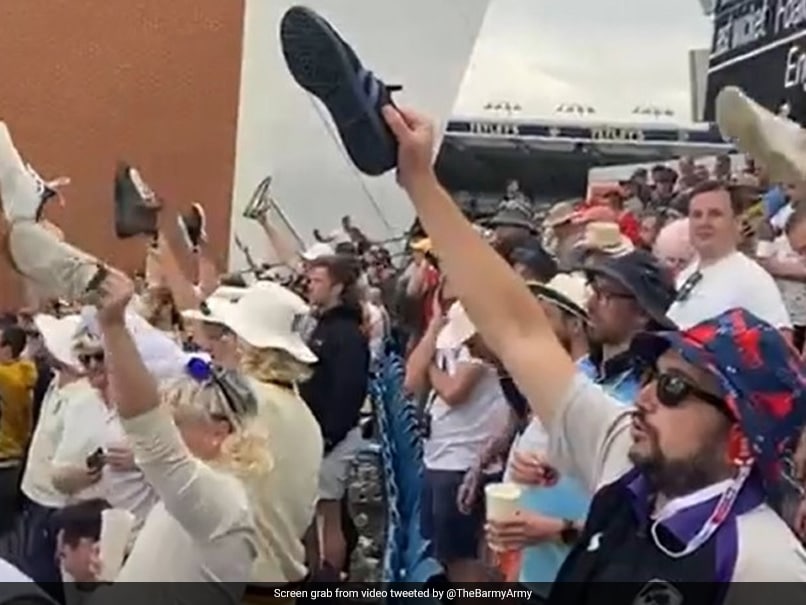 The ongoing England vs New Zealand third Test has so far seen a neck-and-neck contest between the two sides. Though the three-match series has already been won by England, New Zealand are making sure they don’t let their morale go down in the final Test. The Kiwis posted 329 runs after opting to bat first in the third Test at Headingley, Leeds and then reduced the Three Lions for 55/6. When the match was inclined in favour of New Zealand, England bounced back with the help of Jonny Bairstow and Jamie Overton as the duo added unbeaten 209 runs for the seventh wicket on Day 2.

While Overton remained not out on 89, Bairstow scored a century (130 not out). What was more special about Bairstow was that his unbeaten innings was paced at a strike rate of 103.17.

While it was Bairstow’s second consecutive Test century and 10th overall, Barmy Army, a popular fan group of England national cricket team, celebrated the moment in a unique way. The fan group took its shoes off, picked them in hands and chanted “shoes off if you love Bairstow”.

Bairstow and Overton will resume the England innings on Day 3 of the third Test match on Saturday. The duo will aim to extend their 209-run partnership as England still trail New Zealand by 65 runs in the match. The Three Lions will start the day from the score of 264/6.

On the other hand, Trent Boult (3/73) and Neil Wagner (2/53), who were the star performers with the ball on the previous day, will aim to add more wickets to their tally and gain back New Zealand’s control in the match.