Serena Williams lost a three set thriller against Ajla Tomljanovic of Australia and was knocked out of the U.S. Open on Friday.  While Williams has indicated that she was “evolving away” from tennis to focus on growing her family and her business interests, she is yet to confirm her status on retirement.

Williams’ career has been so astonishing that it could fuel umpteen movies. Here are a few of the most magical moments. SMACKING SUCCESS: American teenager Serena Williams plants a kiss on the winner’s trophy after vanquishing the World No. 1 and the top seed, Martina Hingis of Switzerland (background) in the women’s singles final at the U.S. Open.
| Photo Credit: Archives

When Venus Williams burst on the scene in 1994, her father Richard was boldly predicting that his younger daughter Serena would be even better. At the U.S. Open in 1999 she showed why.

Venus was third seed and had reached the 1997 final at Flushing Meadows, while Serena was seeded seven.

It was 17-year-old Serena who stole the spotlight though as she claimed the first of her 23 Grand Slam singles titles with an extraordinary run. Her path to the final featured wins over a young Kim Clijsters and Grand Slam winners Conchita Martinez, Monica Seles and defending champion Lindsay Davenport.

As Williams celebrated with a look of disbelief on her face her father pulled out a tiny camera and recorded the moment for a family album that would soon be overflowing. 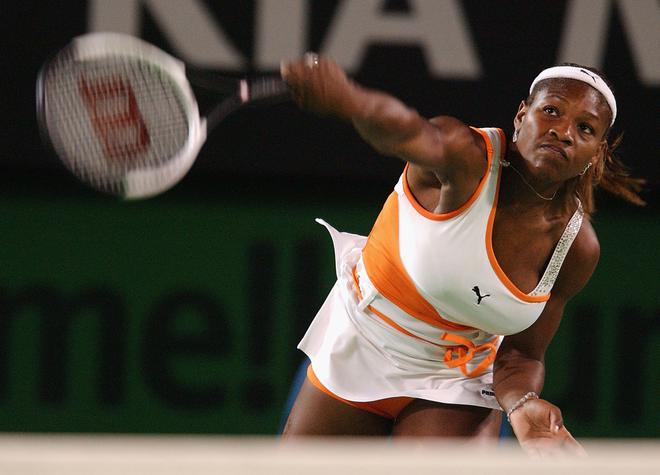 After her 1999 U.S. Open triumph, Serena had to bow to older sibling for a while as Venus racked up two Wimbledon and two U.S. Open titles in 2000 and 2001 to lead their sibling rivalry.

But Serena caught fire in 2002. She beat Venus in the French Open final, the Wimbledon final and the U.S. Open final – then at the start of 2003 got the better of Venus again to win her maiden Australian Open crown to hold all four majors at once – the so-called ‘Serena Slam’.

Her celebrations were muted considering the enormity of her achievement, a mark of the respect she had for Venus, without whom Serena says her career would have been impossible.

“She pushed me to be the very best I could be,” she later said in her book ‘My Life – Queen of the Court.’ 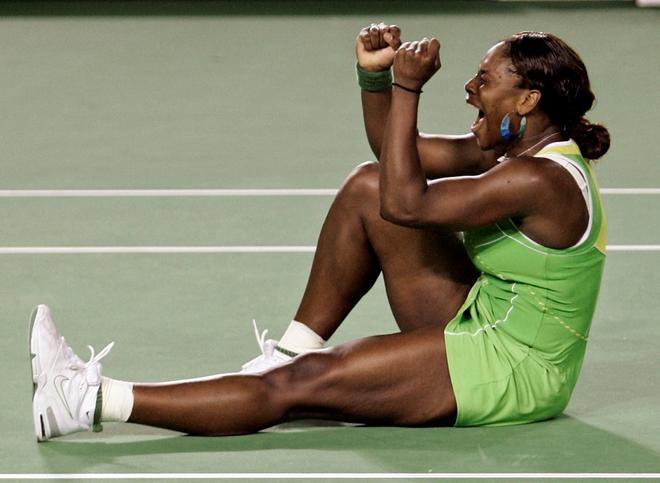 FILE PHOTO: Serena Williams of the U.S. celebrates after winning the women’s finals match against Russia’s Maria Sharapova at the 2007 Australian Open.

Serena’s ability to come back from adversity has been a theme throughout her career and her eighth Grand Slam title illustrated it perfectly.

She played only a handful of matches in 2006 as a persistent knee injury worsened, dropping her out of the top 100.

She arrived in Melbourne for the Australian Open ranked 81 and with questions remaining over her fitness. But she made a mockery of those who wrote off her chances, powering through the draw to the final where she beat top seed Sharapova for the loss of three games.

“I don’t think many of you expected her to be in the final, but I definitely did,” a resigned Sharapova said. 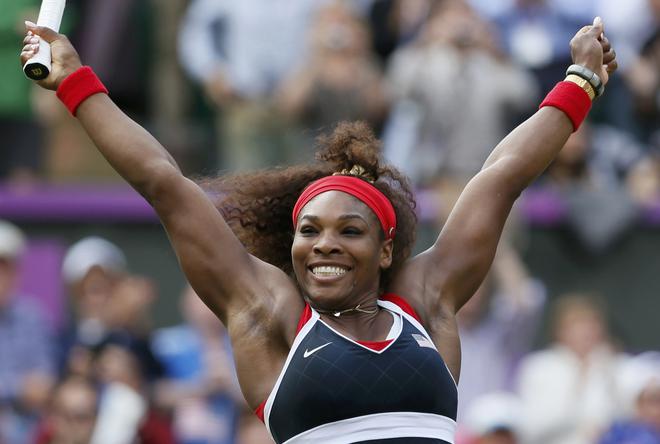 Serena Williams of the U.S. celebrates after winning the women’s singles gold medal match against Russia’s Maria Sharapova at the London 2012 Olympic Games.

Serena already had two Olympic gold medals in her locker having partnered Venus to victory in Sydney and Beijing but a singles gold had eluded her.

She returned to London for the 2012 Games fresh from a fifth Wimbledon title, and with the tournament being played on the All England Club lawns she was the overwhelming favourite.

The American was on a mission. She only dropped 16 games in her run to gold, beating Maria Sharapova 6-0, 6-1 in the final. It completed her career collection of the ‘big five’ titles – the four slams and the Olympics singles.

She also won doubles gold again with Venus, matching her sister’s feat at the 2000 Sydney Olympics. 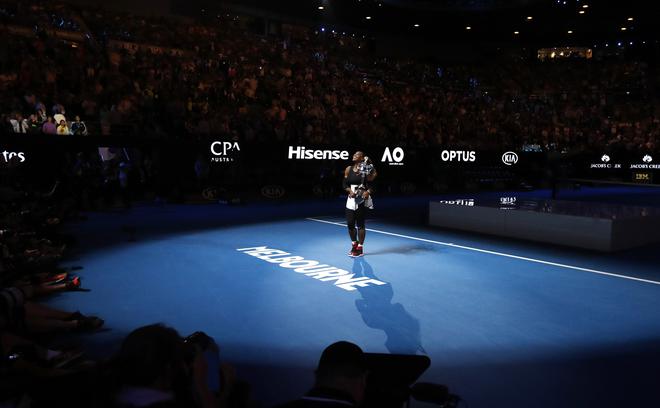 FILE – United States’ Serena Williams holds the trophy after winning over her sister Venus in the women’s singles final at the 2017 Australian Open.

Most probably her last Grand Slam title, but possibly the sweetest. Her run to the title in Melbourne, where she beat sister Venus in the final, was achieved without dropping a set.

It took her past Steffi Graf’s Open era record of 22 Grand Slam singles titles, returned her to world number one and made her, at the age of 35, the oldest woman to win a major.

Perhaps most remarkably, however, was that we were to discover later that she won the title while pregnant with daughter Alexis Olympia.