The fall for the Netherlands was sudden and steep. After making the final in South Africa and finishing fourth in Brazil, Oranje shockingly missed the cut for the 2016 Euros and the 2018 World Cup in Russia.

The rebuild, however, has been completed, as the Dutch returned to the Euros last year, and eventually booked a ticket to Qatar.

Louis Van Gaal was handed a third stint as manager following Frank De Boer’s sacking post the Euros exit to the Czech Republic. Under him, the team has been in good form in the lead-up to the quadrennial tournament. It advanced to the semifinals of the UEFA Nations League, beating Belgium, Poland and Wales on its way.

Thanks to the high-press, total football – the age-old tactics the Dutch are renowned for – Van Gaal’s team has registered a 15-game unbeaten streak.

As teams like Argentina and Brazil hog the limelight to return to the cup, Van Gaal’s team has gone under the radar and can be termed as the potential dark horse this year.

Van Gaal plays with a 3-5-2/5-3-2 formation, emphasising efficiently attacking spaces, playing between the lines and building play by retaining possession.

Perhaps the only weakness for the Dutch heading to Qatar is their custodian. The team has not quite been able to settle down on its number one. A big reason for that is the dip in Jasper Cillisen’s form – the team’s long-standing goalkeeper.

Cillisen has moved from Barcelona to Valencia to eventually REC in the Dutch league, and that has seen him run out of favour in the national set-up.

More recently, the nod has been given to Ajax’s Remko Pasveer. But at 39, while Pasveer might have made the cut for the 26-man roster, his inexperience might cost him a place in the starting 11. The other contender for the role is Justin Bijlow. Playing for Feyenoord in the Eredivisie, Bijlow has kept seven clean sheets in 13 appearances this season and is the prime contender to start.

Van Gaal has preferred a three-man backline in recent games with two advanced wing-backs venturing into the final third.

The centre-piece for the Dutch backline will be Virgil Van Dijk, who’ll be partnered by Nathaniel Ake and Jurrien Timber on either side.

Plying their trade in the Premier League, both Van Dijk and Ake are lethal in playing long balls into channels – targeted at either the forwards or the advanced wing backs.

Timber gets the edge over Matthijs De Ligt as the right centre back probably because of his attacking exploits. With multiple injuries keeping De Ligt out of action in the buildup to the World Cup, Timber has been the mainstay in the position.

Nonetheless, names like De Ligt and Stefan de Vrij being on the bench suggests the depth in defence that the Netherlands has.

The wingbacks will be Denzel Dumfries on the right, and Daley Blind on the left.

Oranje is known to let its strikers drop deeper and allow the attacking wingers to make runs in behind. It was this philosophy that helped the team terrorize Belgium into a 4-1 defeat in the Nations League.

In a more conservative setup, the two players fall back to convert the three-man backline to a five-man line. The backups for the positions will be Jeremie Frimpong and Tyrell Malacia.

Moving to the midfield, Netherlands again relies on players who are clinical in moving into spaces and playing vertical passes. At its heart is Frenkie De Jong. The 25-year-old’s national team form has been unaffected by the controversies surrounding him at Barcelona.

De Jong plays the pivot but is more dynamic. Known to drop deep, almost becoming the additional man in the back line, De Jong drives the ball forward to distribute attacks. Martin De Roon has been the understudy for this role, and will again be the backup for the defensive midfielder role.

The Netherlands heavily relies on forward-moving, box-to-box midfielders which help in adding numbers in the opposition penalty area. In that sense, Ginnie Wijnaldum missing out due to an injury is a huge loss. The names that make the cut are Davy Klaasen and Teun Koopmeiners, and the former is likely to start. 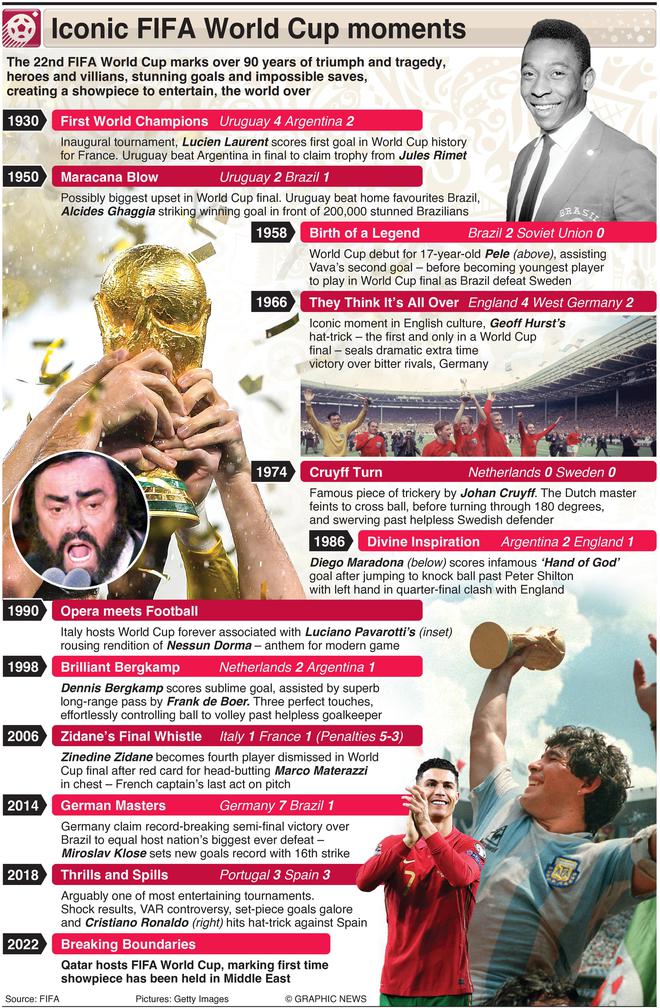 The last spot in midfield is filled by Steven Berghuis who is the creative outlet in the team. Berghuis is given the freedom to venture out wide on the right and then cut in to allow overlapping runs from Dumfries.

Xavi Simons and Cody Gakpo are the other midfield options at Van Gaal’s disposal. While Simons plays a central position, Gakpo is a winger. But their appearances at the World Cup are likely to be limited to minutes off the bench.

The most obvious choices to fit into the two-man frontline for the Netherlands are Memphis Depay and Steven Bergwijn. Both players might not be true strikers but fit into Van Gaal’s system.

Despite Depay’s minutes for Barcelona plummeting since the arrival of Lewandowski, Van Gaal has reposed faith in him. Known to drop deep, Depay’s presence helps draw defenders out of position and create space behind the wing-backs. Depay himself can slip behind backlines as well and create an overload on the wing.

Bergwijn, on the other hand, has found form after his move to Ajax. Bergwijn is another player who prefers to drift wide and then dribble the ball in. With seven goals and three assists in the Eredivisie so far, Oranje will be counting on him to deliver.

When looking to switch to a more direct style of play, Van Gaal will have Luuk De Jong and Wout Weghorst at his disposal. While the duo is fairly decent at linking play through the midfield, it is particularly lethal inside the box and can play the target-man role.