Manchester United is scheduled to play Liverpool on Monday, but a cloud of protest surrounds the Premier League derby. Man United fans have lined up a protest against the team owners.

It comes at a time when Man United finds itself at the bottom of the table after losses in its first two games of the season — to Brighton and Hove Albion, and Brentford.

What’s more, Man United has lost four consecutive league matches (factoring in the defeats in the last two games of last season) for the first time since February 1979.

1992 – Manchester United are set to finish a day bottom of the Premier League table for the first time since August 21st 1992. Anniversary. #PL30 pic.twitter.com/Z2GBJOLbnV

It has also fallen to seven consecutive away defeats in the league for the first time since 10 successive away losses between September and December 1936.

Why are Manchester United fans protesting?

The protesting fans are unhappy with the way the club is being managed by its owners, the Glazers family. The Glazers are American and have real estate interests.

After the Glazers took over the club in 2005 (two years after they started picking up stake), Man United plunged to a debt of 550 million pounds almost overnight. Manchester United fans in a protest outside the stadium on April 16, 2022 in Manchester, England.
| Photo Credit: Getty Images

The burden to repay the debt was divided between Man United and Red Football, an investment company used by the family to buy the club.

The debt ballooned to 700 million pounds in 2010. As per the latest financial reports, the club’s debt stands at 495.7 million pounds.

Joel Glazer has got to get on a plane tomorrow, get over to Manchester and start to divert the issues away from the club and tell everyone what the hell his plan is with the football club. What is he doing?

The Glazers family, according to a report by Swiss Ramble, has sold ‘Class A’ shares amounting to 465 million pounds, but no portion of the money has come to the club.

Man United, which holds the Premier League record for most titles with 20, has not won the league since 2013. Also, its last major European trophy, the Europa League, was six years ago.

Who are the Glazers running Manchester United

Six members of the Glazers family, five brothers and a sister – Joel, Avram, Kevin, Bryan, Edward and Darcie – run the club at the moment.

When did the Glazers family buy Manchester United?

The Glazers entered the picture in 2003, when Malcolm Glazer – father of the six current owners – picked up a 2.9 per cent stake.

READ | Man United faces Liverpool challenge; live streaming; when and where to watch

In May 2005, the family acquired the equity of British businessmen J. P. McManus and John Magnier to become the majority stakeholder of the club. By the end of June 2005, the family’s share burgeoned to 98 per cent. The Glazers then announced the takeover.

Who is organising the protest?

A lot of Manchester United fan clubs are likely to be involved in the protest, with the most prominent being 1958 – a group that identifies itself as “an underground group of Reds intent on upholding the values of Manchester United, its culture and traditions.”

No complacency! This is not over!

It’s time to push hard to the finish line!

This is a chance for every United fan to be on the right side of history. Do not let this pass!

Time to unite and put all differences aside.

The group derives its name from the 1958 Munich aircraft disaster in which several players and members of Manchester United lost their lives.

The group has, in a statement on its website, asked the protesters to carry ‘pyrotechnics’ (flares and fireworks) during the protest. If this happens, it might lead to those found responsible being banned from Old Trafford for up to three years.

“Obviously, we can’t enforce what fans participating choose to do but it’s worth considering the above,” the group said in its statement.

When and where is the protest happening?

The protesters plan to start gathering at The Tollgate at Old Trafford at 5:30pm BST (10 pm IST). They intend to start marching from the Tollgate at 7pm BST (11:30 pm IST) to the Trinity. 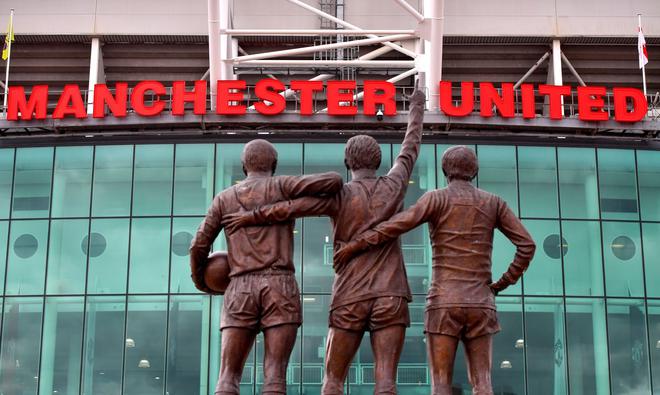 Is this the first such protest against the Glazers?

No. Protests against the Glazers started in 2005. And, there have been intermittent protests since, some of them seeing vicious chants.

The last such protest happened in May 2021, when hundreds of Man United fans ran onto the pitch before the Liverpool vs Manchester United match, despite COVID-19 protocols.

Flares were set off on the field and the match was called off, and had to be rescheduled. This year, though, Liverpool is unwilling to be as accomodating.

What is Liverpool’s position on Monday derby?

Liverpool manager Jurgen Klopp has demanded that his team should be awarded three points if the game does not happen.

In a situation like this, always, the other team should get the points because they have nothing to do with it.

—  Klopp to the press in the pre-match press conference

“We have nothing to do with the situation. If that happens and the supporters want the game to be not happening then we can’t just rearrange the game and then fit it in somewhere in any way in an incredibly busy schedule,” he told the press.

Why do Man United fans were green-and-gold in protests? 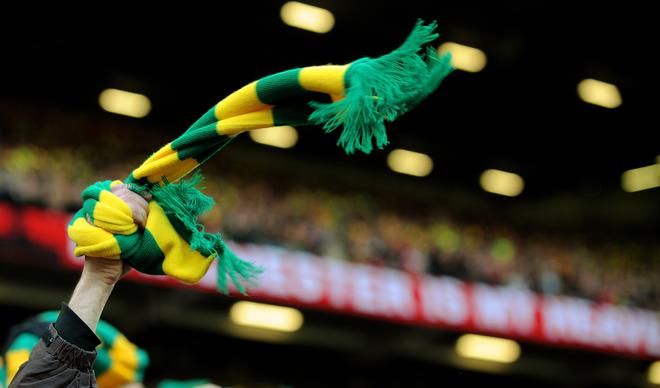 The name Manchester United came in 1902, but when it was formed in 1878, the original name of the club was Newton Heath Lancashire and Yorkshire Railway Football Club. The club was initially formed by railway workers.

In 1910, Man United moved to the Old Trafford from Bank Street. The green-and-gold scarves in protests stand as a reminder of the roots of the club – passion and struggle.

Can the protest stop the match?

According to the Telegraph, Greater Manchester Police is currently not planning to ramp up security measures beyond the extra resources needed for an evening match at Old Trafford. Incidentally, as per local protocols, the security cover earmarked for Monday is for the highest risk category.

However, given the happenings during the derby last year in Manchester, Monday’s happenings in and around Old Trafford will test the police administration.

What’s the word from the Man United camp?

Man United manager Erik Ten Hag has called for peace amid the unrest. “I can only say the owners want to win and the fans want them behind the club,” he told the press. “I can understand but I’m not that long in the club to see all the background. We have to fight together and be unified.”