1983 WORLD CUP WIN ANNIVERSARY: He picked just 73 wickets in his 67 match ODI career. But almost a third of them (24) came in what were the two biggest tournaments for at least the first 39 years of India’s ODI history.

Madan Lal was the highest impact bowler of the 1983 World Cup and also played a leading role in India’s victory in the 1985 Benson & Hedges World Championship of Cricket. 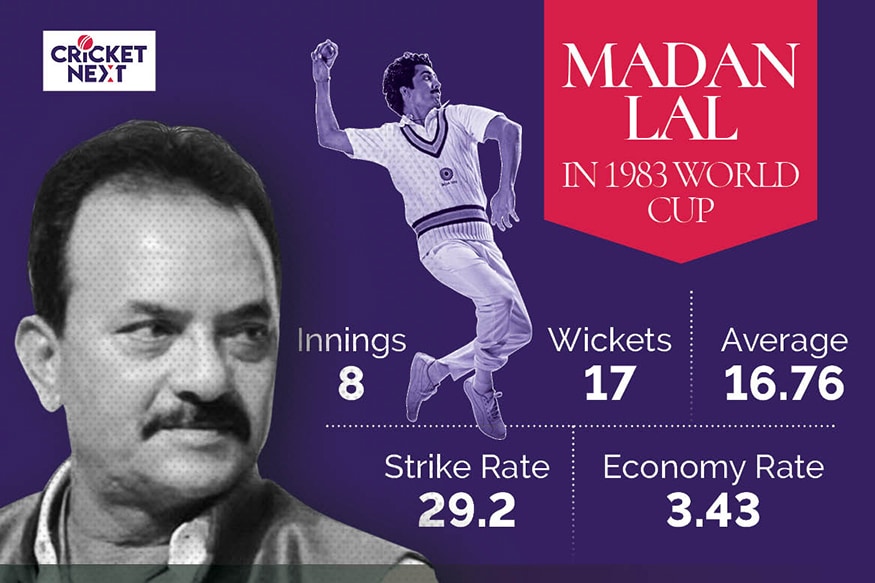 With 17 wickets from 8 matches at an average of 16.76 and economy rate of 3.43, Madan Lal emerged as the joined second-highest wicket-taker of the tournament, along with Sri Lanka’s Ashantha de Mel.

But the timing of his big performances and consistency meant that he was the most impactful bowler of the tournament (according to Impact Index – a holistic and comprehensive cricket analytical system which measures a cricketer’s performance relative to the performance of other players in the match and gives weightage to the context and timing of the performance) – ahead of even Roger Binny, who was at the top of the charts with 18 wickets.

Lal went wicket-less just once in the tournament – against England in the semi-final at Manchester. Not only was he consistent in picking wickets, but also often got the prized opposition wickets – 11 of his 17 wickets in the tournament were of batsmen in positions 1-5.

Additionally, he bowled a disciplined line and length putting pressure on the batsmen. He was very restrictive, conceding less than 3 runs per over in 4 matches and under 4 in three. The only match where he was taken for a few was against Australia in Nottingham where he gave away 69 runs in his 12 overs. His overall economy rate was less than the average of 3.74 (for fast bowlers) in the tournament. 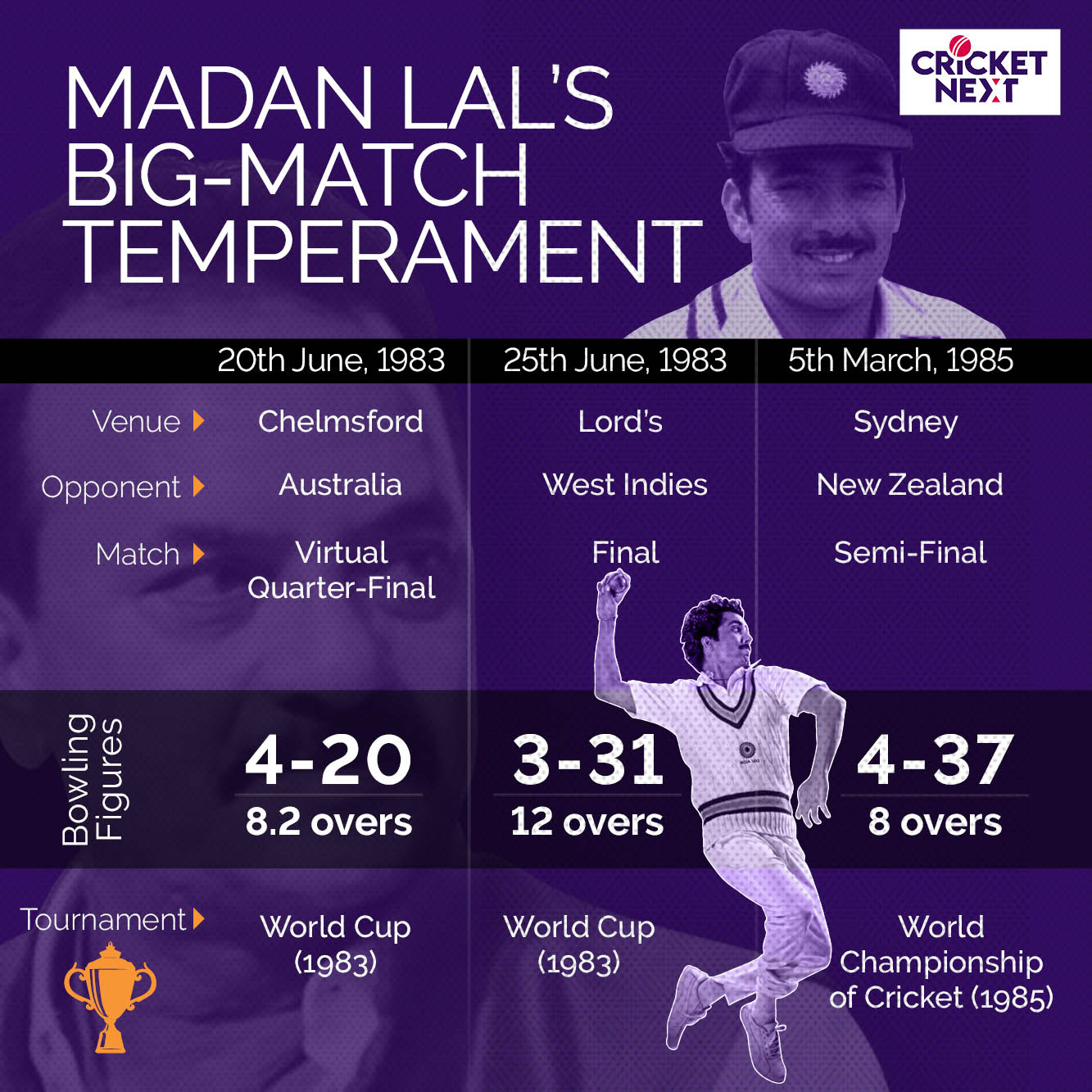 But what really gave Lal the high impact was his performances in the knockouts – the virtual Quarter-Final and Final. India were bowled out for 247 in what was a face-off for the semi-final at Chelmsford. Binny provided India with the initial breakthroughs reducing Australia to 52 for 4. But the job wasn’t yet done. Australia had enough firepower in their middle order to stage a recovery. However, Lal had other plans.

He saw the back of Rod Marsh and Ken MacLeay in quick succession to leave them reeling at 69 for 6. He ended their innings cleaning up Border and Thomson and handed India a famous 118-run win and a place in the semi-final. Lal returned with 4-20 in 8.2 overs which included 3 maiden overs.

He bettered his performance in five days’ time. It was the biggest match in India’s cricketing history, may be sporting history. They were up against all odds facing the two time defending World Cup winners and unarguably the greatest team of all-time – the Clive Lloyd led West Indies in the final at Lord’s! The odds were stacked against them and went crashing down after being bowled out for a paltry 183.

Sandhu got rid of Greenidge early to offer India some hope. But no one could have imagined what followed. Richards walked out to join Haynes and seemed in a hurry. He had been the premier batsman of the World Cup, along with David Gower. Richards looked in ominous touch and the West Indies were racing away and India had no answers.

And then it all turned around! Lal saw the back of Haynes caught at short extra cover by Binny. Seven runs later Kapil Dev ran back to take a famous catch to get rid of the dangerous Richards for 33 off just 28 deliveries. Lal had his second victim – and perhaps the most important wicket for India in the tournament. The West Indies now felt the pressure. They could lose to the minnows. India were inspired. And Lal wasn’t finished, yet.

He broke the backbone of the West Indies middle order when he dismissed the Mr Dependable and their second-highest scorer of the tournament – Larry Gomes with the score at 66. West Indies could not recover and the rest is history! Although Amarnath was the Man of the Match for his all-round show, it was actually the performance of Lal that was the game changer.

When the West Indies were all but running away in their chase, he put his hands up and routed their top and middle order picking three big wickets in quick succession completely changing the match on its head. India dictated play thereafter.

This quality of producing his best when it mattered the most – on the big stage in the big matches – gave Lal a very high impact in the tournament. He raised his game and gave two of his finest performances in two big matches leading India to, arguably, their greatest sporting win in history!

However, this big-match play and temperament was not a one-off for Lal. He gave his best performance of the tournament in the semi-final of the World Championship of Cricket against New Zealand at the SCG in March, 1985. Lal saw the back of Martin Crowe, Ian Smith, the dangerous Lance Cairns and Martin Snedden and returned with 4-37 in 8 overs helping India to restrict the opposition to 206.

A fine batting display by the top and middle order gave India a comfortable win and a place in the final. They went on to beat Pakistan to register their second world tournament win within two years.

Madan Lal’s ability to deliver his best in three of the biggest matches during his career contributing big time with the ball in two of the greatest triumphs in India’s sporting history, is his legacy to Indian cricket.