KL Rahul and Shikhar Dhawan and best of friends.

KL Rahul’s absence will be felt when India takes on England in the lone Test match in Edgbaston starting on July 1.

KL Rahul, who had missed out on the lone Test match against England and the South Africa series, gave a quick update on his injury status through Instagram. His fans wished him a speedy recovery especially after he underwent a surgery in Germany. Now his fellow opener Shikhar Dhawan also wished him the same to which the elegant right-hander has now responded to. His next Instagram story was all about that. You can check out the picture below.

India batting star KL Rahul underwent successful surgery for sports hernia in Germany and will take at least a couple of months for full recovery before he can start playing again. Rahul was ruled out from the recently concluded home T20I series against South Africa due fitness issues and he was set to captain India. 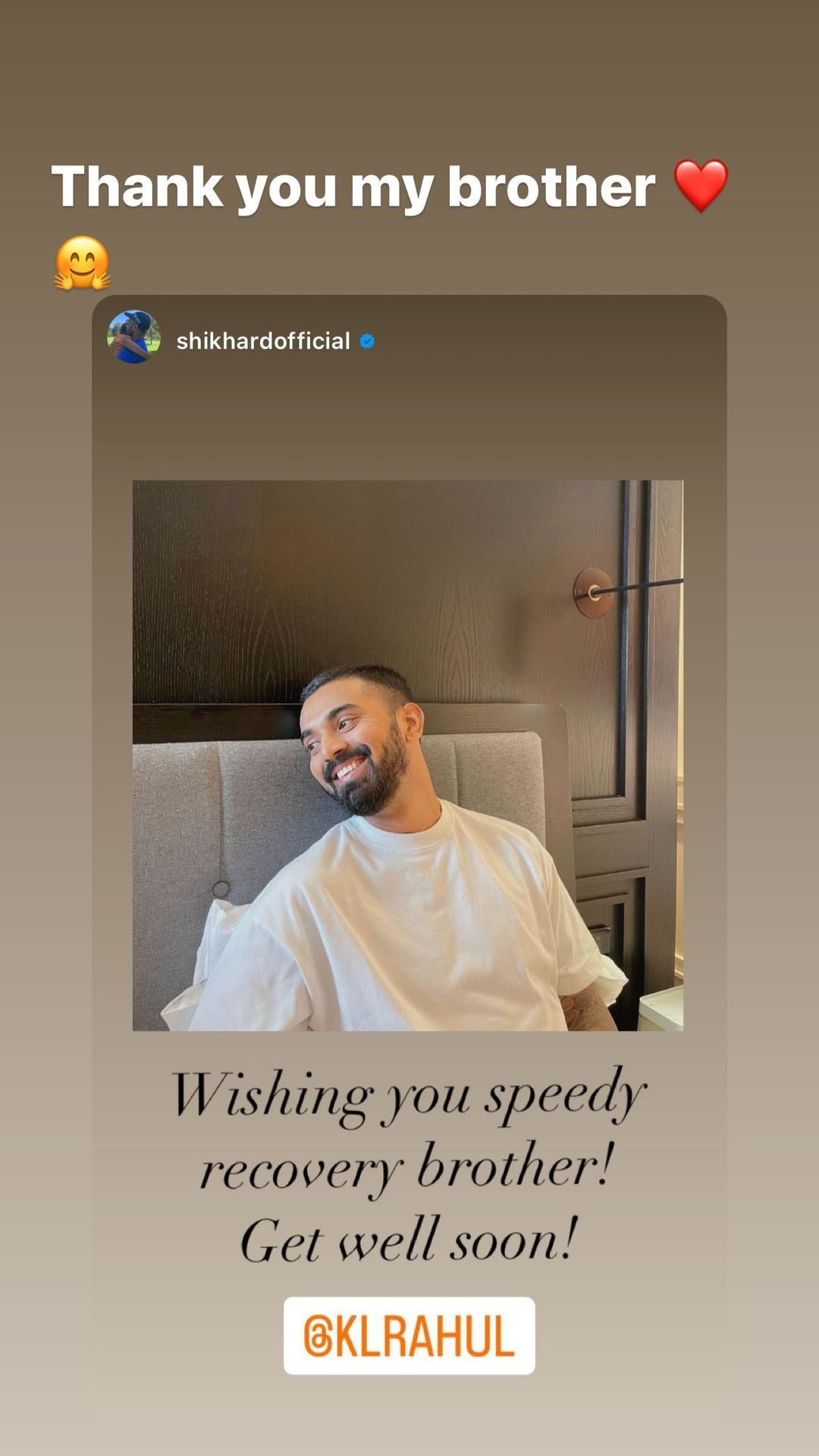 The 30-year-old has been troubled by lower abdominal concerns including groin strains and hamstring injuries. Upon his return to India, the India vice-captain is expected to bein his rehabilitation at the National Cricket Academy in Bengaluru where he’ll be monitored by its Sports Science team headed by Nitin Patel.

His absence will be felt when India takes on England in the lone Test match in Edgbaston starting on July 1. The team is desperate for an opener and Rahul’s absence is compounded after Rohit Sharma was ruled out due to Covid-19.

“England have done well as they won a couple of Test matches from positions where they could have potentially lost the games,” Indian coach Rahul Dravid told the mediapersons on Wednesday.

“We will like to focus on what our strengths are rather than thinking about opposition’s strength,” the head coach said, reminding one and all that India are still third in World Test Championship table (58.33 percentage points) behind Australia (75 percentage points) and South Africa (71.43% pts).