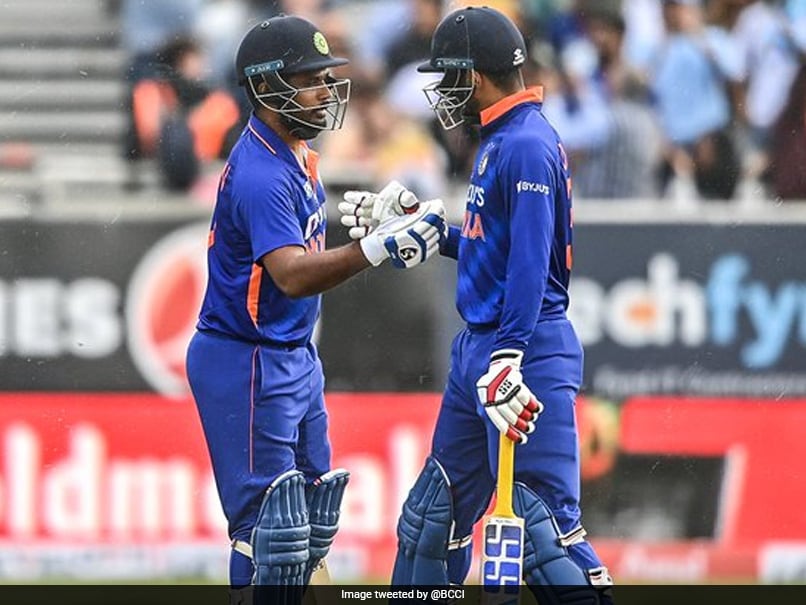 Deepak Hooda and Sanju Samson’s scripted India’s highest-ever partnership in T20 Internationals (T20Is) with their massive stand against Ireland on Tuesday. The two stitched up a 176-run partnership in just 87 deliveries to help India post 225/7. Their partnership eclipsed Rohit Sharma and KL Rahul’s 165-run stand against Sri Lanka in 2017. Samson contributed 67 off 34 in their partnership for the second wicket, while Hooda hit 98 off 53. Hooda eventually finished with 104 off 57 deliveries, while Samson scored 77 off 42.

Their partnership is also the biggest one for the second wicket and the ninth-highest overall in men’s T20Is.

The list is headed by Afghanistan’s Hazratullah Zazai and Usman Ghani, who had put on 236 runs for the first wicket against Ireland in 2019.

Samson opened the innings for India in the absence of Ruturaj Gaikwad, who had picked up a niggle in the last match.

The two then went on to dominate the Ireland bowlers, hitting them all over the park.

Their brilliant partnership propelled India to 225/7.

With the win, India swept the two-match series 2-0.