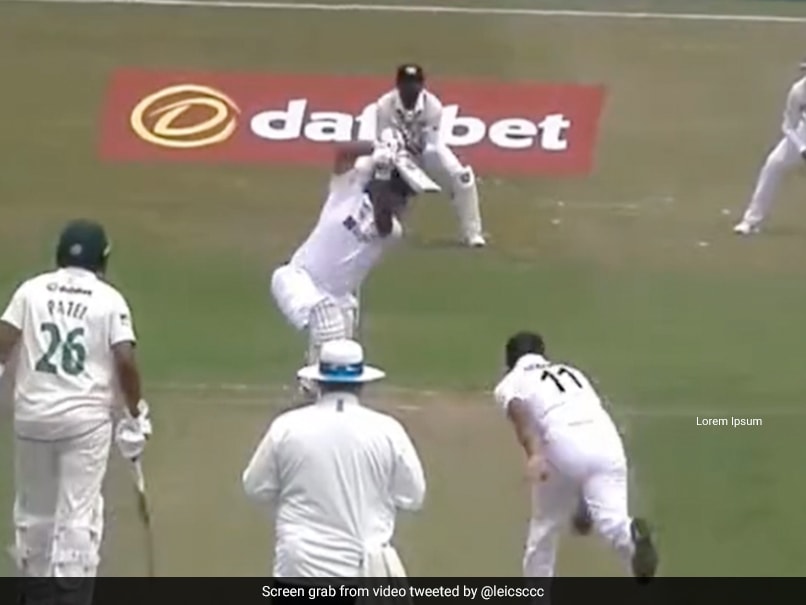 Rishabh Pant was the star of the show on day 2 of India’s tour game against Leicestershire as he produced a brilliant knock against his own teammates. Pant, who along with Cheteshwar Pujara, played for the county side, scored 76 runs off just 87 balls in his signature attacking style. His innings was laden with 14 boundaries and a six as he took a massive toll on his teammates.

When batting on 26, Pant played an exquisite cover drive off the bowling of Mohammed Shami. It was a typical stand and deliver Pant shot, but his position and execution of the drive was as close to being copybook style as possible.

Watch: Rishabh Pant Hits Mohammed Shami for a boundary in

Shami made a great start with the ball as India decided to declare on its overnight score of 246/8. He dismissed captain Sam Evan before sending back Pujara for a duck. He also removed opener Louis Kimber for 31.

But Pant had other ideas as he made most of the outing ahead of the all important rearranged fifth Test match against England in Edgbaston.