India vs Ireland 2nd T20, Weather Forecast: It is not every day that they get to play a team like India and Ireland would be eager to make the most of the opportunity. India will be hoping for clear weather and improved performances from rookies like Umran Malik when it clashes with Ireland in the second and final T20, on Tuesday. The rain had reduced the series-opener to 12-overs a side contest and it could well be another shortened game considering a rather gloomy forecast for match day. 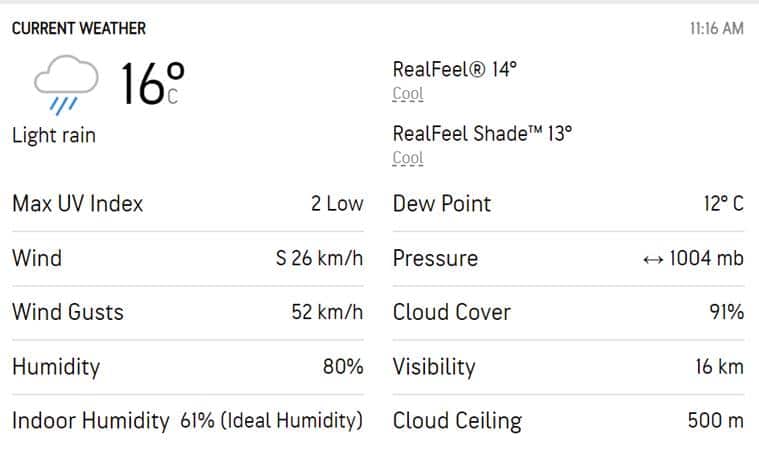 India vs Ireland 2nd T20I Weather Report: There are predictions of rain and in all probability, it would once again be a stop-start and a truncated game. Surely not the best piece of news for fans who would be hoping for a 40-over game. The temperature will range between 11 and 19 C. The wind will be flowing from the southwest at 25-33 km/h. There are 77-83 per cent chances of rainfall. The pitch at The Village in Dublin tends to help pacers with natural bounce and carry but batters will enjoy themselves if they can see out the initial few overs. 180-190 can be a competitive total. The last time India played T20Is at this venue, they were able to score more than 200 on two occasions. Ahead of the series, Ireland head coach Heinrich Malan had told The Indian Express that the fans can expect a run-ish fest.