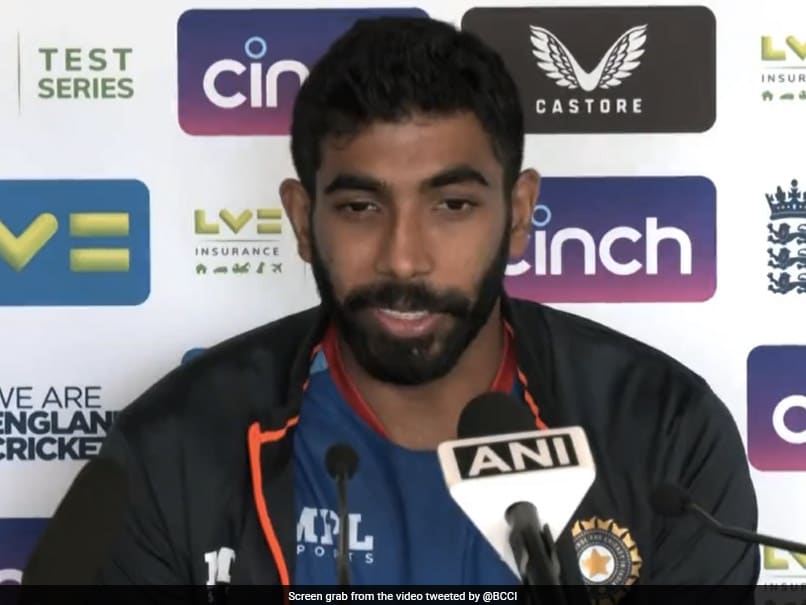 Jasprit Bumrah will lead India in the fifth Test against England in Edgbaston.© BCCI/Twitter

Jasprit Bumrah became India’s 36th Test captain after being named skipper for the fifth rescheduled Test against England, starting on Friday. Bumrah is the fast bowler since Kapil Dev in 1987 to be named captain of the Indian cricket Test team. Regular captain Rohit Sharma failed to recover in time from COVID-19 and was on Thursday ruled out of the Edgbaston Test after his RAT returned positive again. Bumrah has not captained in any First-class, List A or Indian Premier League match before, and it will be fascinating to see how he goes about things in the all-important fifth Test.

“Big achievement, it’s a big honour. Playing a Test match was a dream for me and to get an opportunity like this is a big achievement — among the biggest achievements in my career. So, I am very happy that I have been given this opportunity,” Bumrah said while addressing a press conference after his appointment, the video of which BCCI tweeted on Friday.

“It’s a huge honour to lead #TeamIndia.”@Jaspritbumrah93 sums up his emotions as he is all set to captain the side in the th rescheduled Test against England. #ENGvIND pic.twitter.com/jovSLbuN7e

Further talking about regular skipper Rohit Sharma, Bumrah said: “Rohit is obviously a very important player, we will surely miss him, it is unfortunate that this has happened and he is missing out.”

India lead the five-match series 2-1 but now face a much-changed and more formidable England side.

Inspired by the new leadership duo of captain Ben Stokes and red-ball coach Brendon McCullum, England pick up the 2021 series against India on the back of a 3-0 clean sweep over Test world champions New Zealand.

India are bidding for a first Test series win in England since 2007 and just their fourth in total to set alongside successes in 1971 and 1986.