With Lionel Messi hinting that this could very well be his last World Cup, Argentinian fans across the globe will be pinning their hopes on the Albiceleste to set the perfect farewell for the seven­time Ballon d’Or award winner.

Its first hurdle in Qatar will be to come out of what looks like a seemingly straightforward Group C, which also includes Saudi Arabia, Mexico and Poland. It has been a while since Argentina has stridden into a World Cup with such confidence and conviction. Over the last two years, it has won the Copa America and Finalissima, beating Brazil and Italy, while keeping a clean sheet.

It will be a massive surprise if Argentina doesn’t top the group to qualify for the Round of 16. Poland and Mexico look set to scrap it out for the second spot in the group, unless Saudi Arabia pulls off a surprise or two.

Mexico coached by former Argentina (2014­-16) manager Tata Martino is saddled with an ageing side whereas Poland is too reliant on one man — Robert Lewandowski. There weren’t many hopes when Lionel Scaloni took over as the coach of Argentina four years ago. But he has transformed the side into a resolute unit, which has enabled in getting the best out of Messi. The trophy­less streak was broken in the 2021 Copa America and the side is now on a 35­-game win streak.

The only thing going against Scaloni and Argentina is injuries to key players like Leandro Paredes, Paulo Dybala, Giovani Lo Celso (who misses out) and Angel di Maria.

But Argentina seems to have the depth to overcome this shortcoming. Unlike in the past, its defensive capabilities are one of its strongest suits. Emiliano Martinez has been a rock for Argentina under the bar. With solid defenders like Nicolas Otamendi, Cristian Romero, and Lisandro Martinez ahead of the Aston Villa shot­stopper, it will be a hard task to breach the Argentine defence.

Romero ‘El Cuti’ has become the defensive leader of the team since making his debut ahead of the 2021 Copa America and is yet to lose a game while playing for Argentina.

After leading Morocco to the 2018 World Cup, Herve Renard returns, this time at the helm of Saudi Arabia. Renard, who led Zambia and Ivory Coast to African Cup of Nations triumphs, will be up against Argentina, Mexico and Poland in Group C. Road to World Cup: AFC Third Round Group B winner

Saudi Arabia had an impressive qualifying campaign, where it outshined Japan and Australia to the top of its group.

Though defensively compact, the Green Falcons are miserly when it comes to scoring goals. The last time the side scored more than a goal in a game was in October 2021, when it beat China 3­2.

Fahad Al­Muwallad and Salem AlDawsari, with 17 goals each for the national side, will need to find striking form for Saudi Arabia to create a few upsets. Renard’s side, whose best performance in a World Cup came in 1994 when it entered the Round of 16, will begin its campaign against Argentina on November 22. Luis Chavez of Mexico looks on during the friendly match between Mexico and Sweden at Montilivi Stadium on November 16, 2022, in Girona, Spain.
| Photo Credit: Eric Alonso/Getty Images

In the last seven World Cups, Mexico has made it out of the group stage, only to fall at the first hurdle — Round of 16 —and exit without making the quarterfinals.

Going into Qatar 2022, the signs aren’t reading well for Gerardo Martino and his side. With injuries to star striker Raul Jimenez and midfielder Jesus Corona, Mexico will be entering the World Cup with a clear lack of potency, particularly up front.

Though it finished second in the CONCACAF qualifying round ahead of the USA, goals have been hard to find for the North American side.

Martino is still placing hopes on his star men making a return to playing fitness and waited until the very last moment before announcing the final squad.

A lot will be expected from Napoli’s pacy forward Hirving Lozano, who was at his rapid best in the last World Cup, particularly in his side’s upset over Germany. El Tri will also bank on 37­-year-­old goalkeeper Guillermo Ochoa to perform miracles to keep a clean sheet and give a leg up to its knock­out dreams.

With Argentina expected to dominate the group, Mexico’s opening game against Poland on November 22 will come in crucial for its prospect of making it out of the group for the eighth straight time. 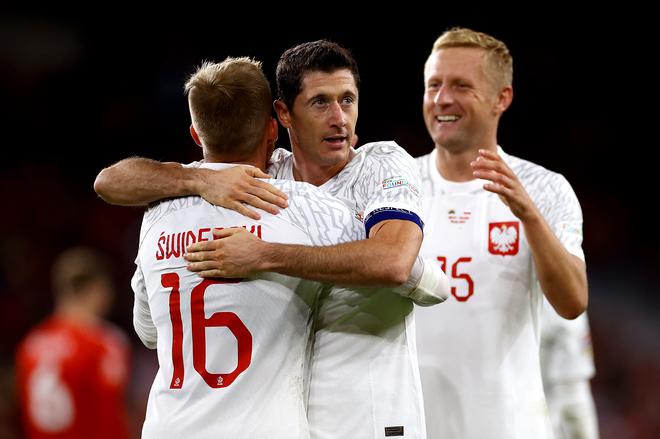 Robert Lewandowski has been carrying Poland’s hopes for most of the last decade. Despite blending seamlessly into the Barcelona fold, Qatar 2022 will be the last chance for the 34­year­old striker to make a mark on the biggest stage. Poland’s hopes too are tied closely with its star striker finding the groove.

For Poland coach Czeslaw Michniewicz, the challenge lies in providing Lewandowski, who is yet to score in a World Cup, the right support system.

Just like Mexico, Poland is sweating over the fitness of a key player, goalkeeper Wojciech Szczesny. The Juventus shot­stopper’s outings have been infrequent in recent times due to injuries.

Like Mexico, again, Poland has an in­form Napoli player — Piotr Zielinski. The 28­-year­-old midfielder has been a key driver of the Italian side’s scintillating season. Sebastian Szymanski, too, has been in good form with Feyenoord with several goals in the ongoing season.

Poland, which has finished in third place twice (1974 and 1982), last made it out of the group stage in 1986. Michniewicz, who took over the side early last year, will have to be at his tactical best if his side is to break this long­running trend of poor performances.