Robert Lewandowski, the captain of Poland , increased his support for Ukraine, pledging to take an armband in the country’s blue-yellow flag colors to the World Cup in November. “I will carry the colours of Ukraine to the World Cup. As a player and a man, I support peace and I believe such symbolic gestures matter,” he said.

After a week that brought fresh hope to Ukraine and its allies, Shevchenko, who has spent the duration of the conflict petitioning the world of sport for support, met with one of the first elite athletes to rally to the cause.

Back in February, days after Russia’s illegal invasion of Ukraine, Lewandowski called for the postponement of Poland’s international fixture against Russia. 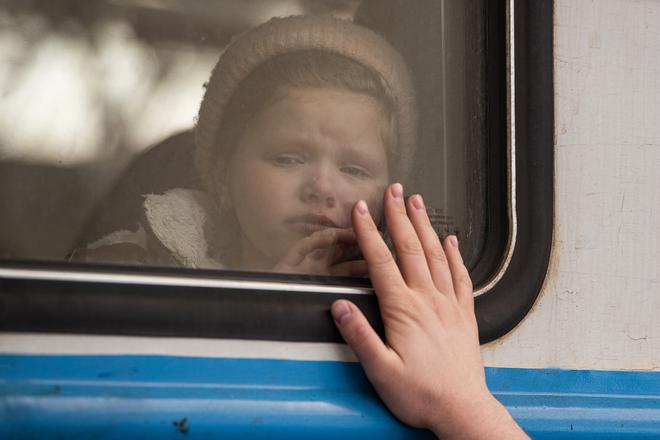 Thousands of Ukrainians have been killed or displaced since Russia’s invasion of Ukraine in February 2022.
| Photo Credit: Getty Images

When he next took the field for Bayern Munich, his teammates wore black armbands to honour the victims of the invasion, while Lewandowski, the Bayern captain, wore an armband in the colours of Ukraine.

Since then, he has been a constant ally of Ukraine, while Shevchenko has travelled Europe meeting athletes, governing bodies, politicians and refugees to highlight the issues the invasion has caused.

What I have seen is proof that sport has the power to change the world.

“I believe that as athletes we should use the power of sport for good. I’m going to take Andriy’s armband with me to the World Cup in November as a reminder that Ukrainian people are not alone and are not forgotten. It means a lot to me to stand here with Andriy, a footballer and a man who has used his voice and platform to influence positive change,” he said.

On Tuesday, two of the greatest goalscorers of the modern era finally had the chance to meet at the national stadium in Warsaw, where Shevchenko gave his armband to the captain of the Poland team that will compete in Qatar.

“For me, the captain’s armband is a symbol of leadership, strength and passion for your country. I want to pass this armband to Robert to thank him for his support, voice and platform in supporting my country and calling for peace,” said Shevchenko.

“When I captained Ukraine, the armband meant everything to me – whether I was playing my club football in Italy or England, it always connected me to Ukraine,” he added.

Poland is drawn in Group C with Argentina, Mexico and Saudi Arabia in the FIFA World Cup 2022.

The football ties between Poland and Ukraine, which co-hosted the 2012 European Championship, have seen clubs and the national team of Ukraine play “home” games in international competitions at Polish stadiums this season. 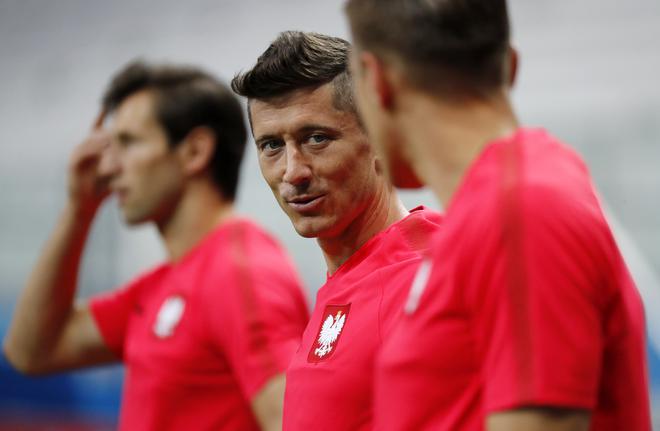 Ukraine will complete its UEFA Nations League program in Poland next week, hosting Scotland at Krakow.

Shevchenko, the 2004 Ballon d’Or winner when a standout striker with AC Milan, was the head coach of the national team when it reached the Euro 2020 quarterfinals last year.

Thank you @jksheva7. It was a pleasure to meet you! It will be an honour for me to carry this captains armband in the colors of Ukraine to the World Cup. @LaureusSportpic.twitter.com/y9lyQyyGDR

“Since the war began, I have once again been able to represent my country and I have seen athletes all over the world use their platform to support the victims of the invasion of Ukraine.

I want to thank Robert Lewandowski for this act of solidarity and for all of his work on behalf of my country – and I also thank the entire sporting world for their response to this crisis. What I have seen is proof that sport has the power to change the world,” Shevchenko said.