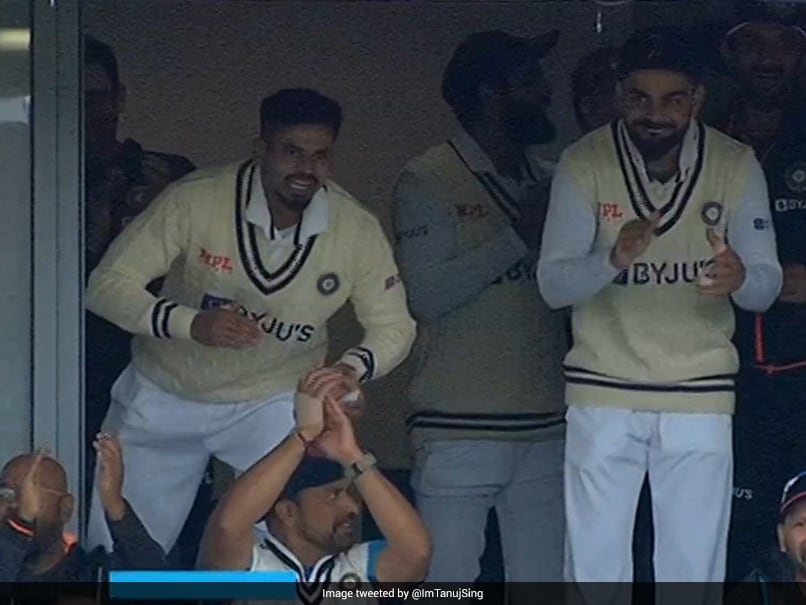 Stuart Broad dismissed Mohammed Shami to become only the third pacer and sixth bowler overall to take 550 wickets in the longest format. But his joy was short-lived as he also became the holder of the most expensive over bowled in the history of Test cricket. The England bowler conceded 35 runs as Bumrah took a liking to the England fast bowler. The previous most expensive over in Test history went for 28 runs. Virat Kohli and other Indian players were seen having a gala time as Bumrah tore into Broad at Edgbaston.

Stand-in India captain Jasprit Bumrah did the bulk of the damage by hitting 29 runs off the bat in an over from Broad that also featured five wides and a no-ball struck for six.

The previous most runs scored in a Test over was 28, a feat achieved three times in the format’s 145-year history.

Virat Kohli’s reaction in particular has gone viral on Twitter.

Thanks to Bumrah’s 30-run blitz, India crossed the 400-run mark. India were finally bowled out for 416 with James Anderson taking a five-wicket haul.

But the real damage was done by Rishabh Pant in the company of Ravindra Jadeja, both of whom scored sensational hundreds.

Pant was dismissed on 146 off just 111 balls on Day 1, while Jadeja reached the magical three-figure mark on Day 2.

Jadeja finally departed for 104, with 13 fours to his name.

For England, Anderson was once again the pick of the English bowlers, taking five wickets for 60 runs. Matthew Potts took two wickets while Stuart Broad, Ben Stokes and Joe Root chipped in with a wicket each.