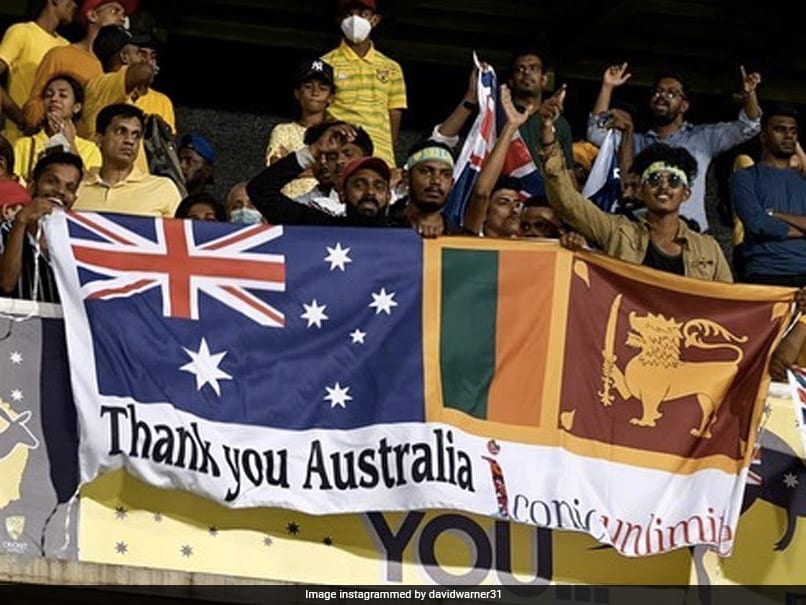 Fans of the Sri Lankan cricket team showed their gratitude towards the visiting Australian team during the 5th and final ODI at the R Premadasa Stadium in Colombo on Friday. As the fans came out with banners of “Thank You Australia”, veteran Aussie batter David Warner acknowledged the gesture made by the local fans, and also congratulated Sri Lanka on winning their first home ODI series against Australia after 30 years. Taking to Instagram, Warner shared a heartwarming post for the local fans.

“The white ball series is done and congratulations to Sri Lanka on the win. We cannot thank the Sri Lankan public enough for coming out and supporting both teams. The crowds at the game have been next level. We could not believe what we saw yesterday and these pics tell it all,” he captioned a post for the fans.

Incidentally, Sri Lanka is going through a huge economic crisis, which has led to mass protests across the Island nation.

The recently-concluded white-ball series between the two sides has managed to bring back some happiness to the Sri Lanka people.

Throughout the series, the support from the fans for both the teams has been unbelievable to say the least.

Sri Lanka’s 3-2 win was their first ODI series win over Australia at home since 1992.

Both teams will now square off in a two-match Test series, staring in Galle from next week.